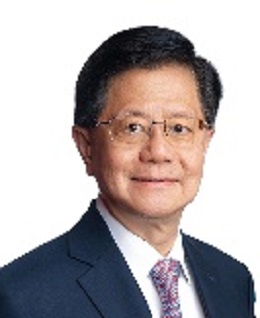 Professor Bernard Yeung is Stephen Riady Distinguished Professor in Finance and Strategic Management at the National University of Singapore Business School.  He is also the President of the Asian Bureau of Finance and Economic Research.  He was Dean of NUS Business School from Jun 2008 to May 2019.  Before joining NUS in 2008, he was the Abraham Krasnoff Professor in Global Business, Economics, and Management at New York University (NYU) Stern School of Business and the Director of the NYU China House. From 1988 to 1999, he taught at the University of Michigan and at the University of Alberta from 1983 to 1988. Professor Yeung has published widely in top tier academic journals covering topics in Finance, Economics, and Strategy; his writing also appears in important media publications such as the People’s Daily, The Financial Times, Economist, and The Wall Street Journal. He won the Public Administration Silver Medal (2018) in Singapore, Irwin Outstanding Educator Award (2013) from the Academy of Management, an elected Fellow of the Academy of International Business. Professor Yeung was a member of the Economic Strategies Committee in Singapore (2009), a member of the Social Science Research Council (SSRC) in Singapore (2016-2018) and a member of the Financial Research Council of the Monetary Authority of Singapore (2010 -2013). Professor Yeung sits on the 3rd Advisory Board of the Antai College of Economics and Management at Shanghai Jiao Tong University, the Advisory Council of the Economics and Management School of Wuhan University and the Advisory Committee of the Institute of Economics, Academia Sinica. Professor Yeung also serves as an independent Non-Executive Director of the Bank of China (BOC) Aviation Limited since 2016. Professor Yeung received his Bachelor of Arts in Economics and Mathematics from the University of Western Ontario and his MBA and PhD degrees from the Graduate School of Business at the University of Chicago.