“Microgiving,” a new model of fundraising made possible by digital technologies, is premised on the notion that charities can raise substantial funds by soliciting minuscule donations from many individuals. We assess both the viability of the method and the underlying motivations of participating “microgivers” by examining data from one of the few large programs of this kind: a charitable giving program for sellers on Alibaba, China’s biggest retail platform. Our analysis suggests that the platforms can create an incentive-compatible environment to scale up microgiving. 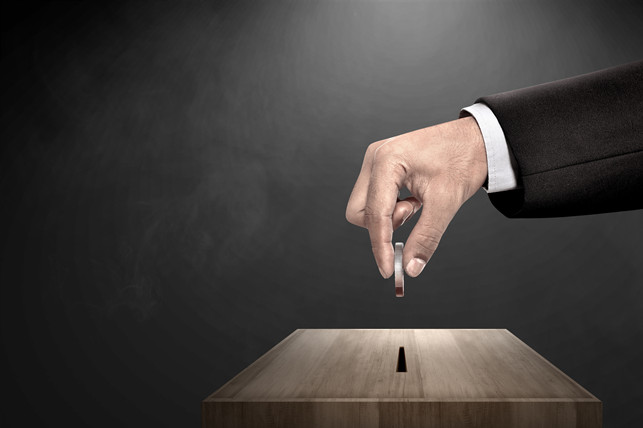 I n the past decade, a “microgiving” approach to charitable fundraising emerged with technologies that make it possible to solicit many tiny donations online. This concept potentially offers an appealing complement to conventional charitable fundraisers, which often rely on large-value contributions from a small group of donors. Research has shown that individuals are more likely to make a donation if there is a lower “expected” donation amount (Karlan and List 2007; Meier 2007; Spencer et al., 2009; List 2011; Meer 2014). In the real world, however, most microgiving programs have tended to be small, raising questions about whether the concept can be scaled up on digital platforms with large user bases, huge transaction volumes, strong product competition, and numerous intermediary functions that are designed to reduce frictions.

We examined these issues by analyzing one of the first efforts to integrate microgiving into a large digital platform: Alibaba, China’s largest online marketplace, with 500 million users. Alibaba sellers can join the platform’s “Goods for Good” program (in Chinese, gong-yi-bao-bei; we henceforth refer to by the program by its Chinese acronym, gybb), which allows participants to subscribe a product to the charitable donations plan; donations are then automatically taken out of the product’s sales revenue as transactions occur. The default lowest donation amount is 0.02 yuan ($0.003 in 2022 dollars) for each transaction for an associated product.

Using data from 2018 to 2020, we analyze the program’s fundraising performance and the motivation of sellers who subscribe their products. These data contain information about 400,000 randomly selected participating sellers, their sales records at the product-by-month level, and the more than 260 million consumers who bought the gybb products.

We first analyze the efficacy of the gybb program in achieving its first-order goal: generating donations without imposing substantial burdens on any donor. Panel A of Figure 1 shows the ratio of the donation amount to the revenue (called the rate of contribution) for each sales event. The median rate of contribution is 0.0005 yuan per yuan revenue (i.e., 0.05% of revenue), and the rate is lower than 0.004 per yuan revenue for over 95% of products. Panel B of Figure 1 summarizes annual total contributions at the seller-year level. The figure features an exponential pattern, with large sellers contributing disproportionately more than smaller sellers: the average seller in the highest 5% revenue bin contributes 1,263 yuan year, which equals to the sum of the remaining 95% of sellers. Although the donation amount for each transaction is quite low, total donations grew over the years as an increasing number of sellers joined the program; donations remained above 400 million yuan during the COVID-19 outbreak (panel C of Figure 1).

Then we conduct two sets of comparative analyses that contrast the performance of the gybb microgiving program with other online fundraising programs that adopt a more conventional, solicitation-based method. We first use cross-platform statistics in 2017 to compare gybb with all 11 other online platforms eligible for conducting online fundraising in China, none of which adopted marketplace-integrated microgiving. As shown in Figure 2, fundraising through gybb features the lowest average value per donation of 0.05 yuan per donation but the highest frequency of donations at 6 billion donations throughout the year, and is ranked the third-highest in total charitable funds generated (300 million yuan in 2017).

The benefit of gybb’s microgiving approach can also be seen by comparison with another charitable fundraising program, Online Charity Stores, operated by Alibaba on the same platform. Instead of selling products, these shops directly accept consumer payments to donate to charitable projects of the consumer’s choice. In Figure 3, we document two data facts using records of the universe of transactions (i.e., donations) for about 600 charity stores from 2018 to 2020. First, Online Charity Stores raised less funds than the gybb program (Panel A). Second, donors at the charity stores comprise a very distinct demographic group. Panel B of Figure 3 shows that the age distribution is heavily skewed toward a younger population, with a modal age of 21, who are likely more tech-savvy and more energized by online charitable causes but do not have a high ability to contribute.

Figure 1. Fundraising outcomes of the gybb program
A.Donation per unit of revenue

Notes: Panel A plots distribution of donation per unit (yuan) of revenue among all gybb products. The median is 0.0005 yuan per yuan revenue (mean=0.0017 yuan). Panel B plots average donation among users grouped by ventiles bins of annual revenue distribution. For example, the average user at the top 5% of the revenue distribution donated an average of 1,263 yuan per year as a result of participating in the charity program. Panel C plots total platform-wide donation from the charity program. Note our study period spans 2018–2020. Aggregate statistics for earlier years are provided by Alibaba


Figure 2. Comparison with all 11 other online fundraising platforms

We begin by tabulating the likelihood that a product is included in gybb as a function of its sales characteristics. For each seller, we rank his or her products by revenue share: the product’s total revenue over the entire study period (2018–2020) as a fraction of the seller’s overall revenue during the same time window. Products with higher ranks are therefore the seller’s more successful products and more important sources of revenue. The upper panel of Figure 4 indicates that there is a strong tendency for sellers to subscribe products that generate a bigger share of their total revenue. The revenue-share gradient may partly reflect differences in product prices. To separate out this margin, we repeat the same tabulation exercise but relate the gybb subscription to the product’s sample-average “price” (revenue per quantity) as ranked among the seller’s goods. We find no significant gradient with respect to price, as shown in the lower panel of Figure 4. The evidence provides an initial understanding of why sellers subscribe products to charitable giving. The charity link is not used primarily as a signaling tool for sellers or for products with short sales records; instead, the evidence is consistent with a behavior suggesting that sellers use gybb to further promote their best-selling products.

To further understand the underlying motives for these sellers’ decision to give to charity in this way, we analyze the timing of their gybb subscriptions in the spirit of an event-study estimation. Figure 5 reports the estimates for the “switcher” group (items that became gybb-linked products) and for the comparison group (items that continued to be sold without a gybb link). Panel A shows intra-month price promotions. We find that promotional activities move in parallel for gybb-linked and unlinked products in the months leading up to the gybb subscription. Promotional activities then rise sharply for gybb products upon subscription, whereas the trend for non-gybb products remains smooth. Panel B shows that the revenue-per-quantity metric, or “price,” decreases for the gybb products after the subscription, which is an expected result from increased price promotions. Panel C shows that revenue jumped after a gybb subscription, a pattern that echoes the dynamics of promotional activities as well.

The above exercise examines which products sellers are more likely to link to the gybb program. In Figure 6, we present a supplementary analysis of which products sellers promoted the most following the gybb subscription. The second row shows that the increase in promotional activities following subscription is larger for products that had more sales revenue prior to the beginning of the gybb subscription. Products with prior sales levels that were a log unit higher are associated with a more than five-unit increase in promotions after subscriptions begin.

Notes: This figure shows trends in a product’s intra-month price promotions (panel A), revenue per order (panel B), and revenue (panel C) as a function of months relative to gybb subscription. For the “gybb products,” event time 0 corresponds to the first month when any sales of the product contributed to gybb charity. “Non-gybb products” consists of those from the same seller who also had sales at the switching months (i.e., the set of months when products in the other group started gybb subscription), but never contributed to gybb throughout the study period. For both gybb and non-gybb groups, we restrict to active products that already had sales at or earlier than 10 months before event time 0. Outcome variables are normalized to zero for event month -1. Regressions are run separately for gybb and non-gybb groups, and include no fixed effects control variables.


Notes: Each bar represents coefficient from a separate regression. The first row repeats the baseline difference-in-differences estimate on changes in product promotion following gybb participation. The remaining rows show three-way interaction coefficients, where the 1(gybb) x 1(post) are fully interacted with a measure of the product’s (or the store’s) pre-gybb characteristics. “Log(item sales)” is log total number of transactions of the item. “Log(store sales)” is log total number of transactions of all items of the seller. “Log(store followers)” and “log(store-item followers)” are log total number of consumers who followed the seller or the item. Range bars show 95% confidence intervals constructed using standard errors clustered at the seller level.

Together, the evidence suggests that sellers leverage the gybb program to promote their best-selling products. Items with the highest revenue shares are more likely to have a charity subscription; once a product is subscribed, promotion activities further concentrate on products that were already selling well prior to the subscription.


An important ingredient for a successful fundraiser is its ability to retain donors and to encourage recurring donations. Our data show that by the end of the tenth month, sellers chose to stop contributions for fewer than 3.2% of gybb-linked products. We also find no evidence of significant gybb subscription changes during the COVID-19 outbreak or other revenue shock periods. Why do sellers keep donating to the program?

Figure 7. Evidence on a preference for charitable actions:


Notes: This figure shows sellers’ own Alibaba spending share toward gybb-listed products as a function of time relative to the first month that any of their products contributed to gybb. Event month -1 is normalized to zero. Shaded areas show 95% confidence interval constructed using standard errors clustered at the seller level.

In Figure 7, we find a statistically significant increase in the seller’s spending share that goes to gybb-listed products after the seller became a gybb contributor. The fact that a change in purchasing habits can be detected for the average gybb seller suggests that altruism may be a significant component for a seller’s underlying motivation to donate.


Analysis of participation in the gybb program on Alibaba, the most widely used online marketplace in China, provides several insights on the key components of microgiving that underpin its success as a new model of charitable fundraising. First, the expected donation amount is extremely low, effectively fractions of pennies. Second, donor retention is high. Third, search costs associated with donating are low. Fourth, a recognition mechanism—in this case, a charity label posted online for participating products—creates small but meaningful incentives for users to be engaged. Our analysis casts light on the possibility of integrating microgiving into other digital platforms, especially those that also feature frequent transactions and product competition.