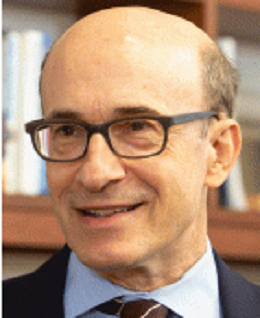 Kenneth Rogoff is the Thomas D. Cabot Professor of Public Policy and Professor of Economics at Harvard, having previously taught at Princeton. He was Economic Counsellor and Director of Research at the IMF (2001 to 2003).  He has published extensively on policy issues in international finance, including exchange rates, international debt issues, and international monetary policy. Together with Maurice Obstfeld, he is one of the founders of the "New Open Economy Macroeconomics" with the 1996 book Foundations of International Macroeconomics. His 2009 book with Carmen Reinhart This Time is Different develops an extensive new database to study eight centuries of financial crises. His 2016 book The Curse of Cash studies the past, present and future on money, including central bank policy option at the zero bound and future of digital public and private currencies. In 1978, he was awarded the life title of international grandmaster of chess by the World Chess Federation. He earned his PhD in Economics at MIT in 1980.