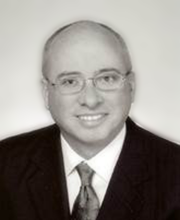 Hunter Clark is an Assistant Vice President at the Federal Reserve Bank of New York. Mr. Clark joined the Bank in 1994 in the International Research Function, worked in the Emerging Markets and International Affairs (1996-2015) and the Integrated Policy Analysis Groups (2015-2016), and rejoined Research in 2016. Mr. Clark serves as the Bank’s macro/sovereign analyst for China and, in his capacity as a sovereign risk specialist, provides analytical and management support for the Interagency Country Exposure Review Committee, as well as analysis of fiscal issues in Puerto Rico. Mr. Clark holds a BA in Political Science from the University of California, Berkeley, and an MS in Foreign Service and a MA in Economics, both from Georgetown University.

Chinese Economic Growth Doesn’t Appear Overstated, but Its Heavy Reliance on Credit May Be a Cause for Concern