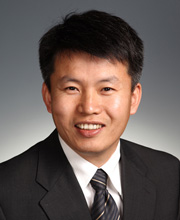 Hongbin Cai is currently Professor in Economics at Guanghua School of Management, Peking University. From December 2010 to January 2017, he served as Dean of Guanghua School of Management. He is a National Chang Jiang Scholar (awarded by Ministry of Education of China) and a National Outstanding Young Researcher (awarded by National Science Foundation of China). He was the founding president of The Chinese Finance Association (TCFA, overseas).