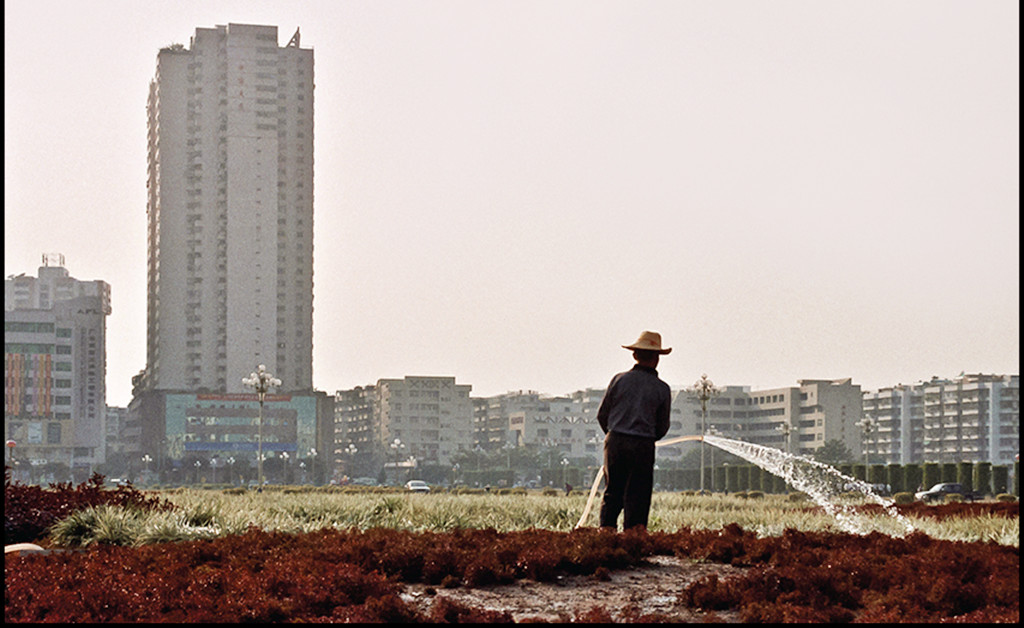 According to World Bank data, only a handful of economies have risen from middle to high income since 1960. Examples include South Korea, Singapore, Israel, and Ireland. Some countries that were high income in 1960 are still high income today, such as Denmark and Japan. Others, like Myanmar and North Korea, remain poor. But a large group of countries has remained middle income for decades, seemingly unable to reach high-income status.

Will China be one of those countries that gets stuck in what is called the “middle-income trap”? One key factor that may account for why some countries “graduate” from middle income to high income while others “get stuck” is education. The share of workers in the entire labor force (individuals between 18 and 65 years old) with a high school degree in countries that graduated to high income was 72% when they were still middle income (OECD, 2016). Conversely, in countries that have failed to exit middle-income status, the share is much lower—36% on average.

Having a large supply of educated workers ensures that enough talent exists to meet and drive demand for the high-skill jobs that exist in high-income countries, thereby sustaining growth (Diacan and Maha, 2015). When there are too many unskilled workers, they are unable to find employment in upgraded industries. And, since these unskilled workers cannot work in the high-end, formal economy, they crowd into the unskilled sector causing their wages to stagnate. Finally, when a large share of the labor force faces stagnating income, this curtails demand, hampers growth, and can eventually lead to polarization and social problems, such as more crime, higher rates of unemployment, and social unrest.

How does China measure up? One of the most surprising facts in our book, Invisible China: How the Urban-Rural Divide Threatens China’s Rise, published by the University of Chicago Press (October 2020), is that the share of uneducated workers in China's labor force is larger than that of virtually all middle-income countries. According to census data (that is, the government’s survey of 1.4 billion people), there are roughly 500 million people in China between the ages of 18 and 65 without a high school degree—or 70% of the labor force (National Bureau of Statistics, 2010; Khor et al., 2016; Yu et al., 2019).

Why has China not noticed this problem in the past? In fact, a large population of relatively uneducated workers was not a problem as China was in the process of moving from low to middle income. During the 1980s, 1990s, and early 2000s, unskilled wages were low and there was growth in employment in low-cost manufacturing and construction (Lin, Fang, and Zhou, 1996; Wei, Zhuan, and Zhang, 2017). But China's growth model is changing as the country has moved toward upper-middle income. Unskilled wages are much higher, and the lure of cheaper labor elsewhere (Wolcott, 2018) and China's massive push to automate is potentially beginning to render a large share of China’s low-skilled workers redundant (Li et al. 2010; Li, et al. 2012; Hong, et al. 2019). Construction jobs have tapered off as investment in infrastructure cools. These factors suggest some significant fraction of China's unskilled workers may be increasingly unemployable as the formal economy upgrades.

The only destination for China's unskilled workforce—whether new entrants or laid-off workers from manufacturing or the construction sector—is the informal service sector, a sector that is characterized as having no (or low) benefits and low coverage under the nation’s labor laws. Informal jobs also are plagued by uncertainty regarding working hours and earnings. Informal employment is currently the fastest-growing sector in China, increasing from 33% in 2004 to 56% in 2017 (National Bureau of Statistics, 2018). The rapidly rising supply of workers (with a relatively slow rise in the demand for services) seems to be ushering in an era that may be characterized by stagnating wages for unskilled workers. Meanwhile, strong demand for skilled work means higher wages for those with an education. Taken together, it is plausible that China is now on the brink of systematic wage polarization.

The result may come to resemble Mexico (or Turkey or South Africa), which is a case of solid macroeconomic performance, export success, and accumulation of physical capital, yet little growth in the formal economy due to the problems and forces that are unleashed by a rapidly growing informal economy and falling low-skill wages (Levy, 2008).

Does China’s government know about this problem? In some sense China’s government seems aware that its labor force is undereducated. Specifically, recognizing the critical need for secondary education, China's government in the past decade has expanded access to high school throughout the country. High school attainment among the youngest cohorts in the labor force is close to 80% (Yu, 2019). But hundreds of millions of less-educated people will remain in the labor force for the next 30 years. The government will face huge challenges trying to either retrain workers or provide a social safety net for them.

The quality of China's expanded secondary school education also is uncertain. On the one hand, China’s Ministry of Education should be praised for increasing upper secondary education attainment by more than 10 million slots over the past decade or so. But, despite this success in making slots available, rural human capital still has key weakness. In the new book, we document how nearly two-thirds of China’s future labor force comes from rural areas, where the school systems are under-resourced, and still today rural school-age children suffer from health and nutrition problems (e.g., anemia, intestinal worms, and uncorrected myopia) that undermine their ability to learn. When school-aged children do enter the new upper secondary  schools, many of the programs in the vocational high schools are of poor quality. Even more fundamentally, systemic shortfalls in early childhood education may also render many young people unprepared to learn complex skills that they will need if they are to be constructive participants in China’s future high-skill/high-wage economy.

The risks of a stagnating China would reverberate far beyond its shores. Its sheer size—one-fifth of the world’s population—means what happens inside China will have outsized implications for foreign trade, global supply chains, financial markets, and growth around the globe. While beyond the expertise of an economist, there are those who believe a stagnating China might take actions that could spill over into regional politics. In the end, no assessment of China's growth is complete without considering the implications of having hundreds of millions of underemployed people in China's economy for the foreseeable future. The bottom line is that China needs to build on its recent efforts to boost rural education, health and nutrition, and early childhood development, and do so at a pace and intensity that recognizes these are potentially among the biggest problems the nation faces. There also needs to be a huge effort to retrain the labor force or at least put together a safety net that will keep China’s massive rural labor force and their families feeling that they are part of the rise of the nation.

This article is a synopsis of Invisible China: How the Urban-Rural Divide Threatens China’s Rise (University of Chicago Press, October 2020).

(Scott Rozelle is the Helen F. Farnsworth Senior Fellow and the co-director of the Rural Education Action Program in the Freeman Spogli Institute for International Studies at Stanford University; Natalie Hell is a writer based in the San Francisco Bay Area.)