The Impact of Rapid Aging and Pension Reform on Savings and the Labor Supply: the Case of China 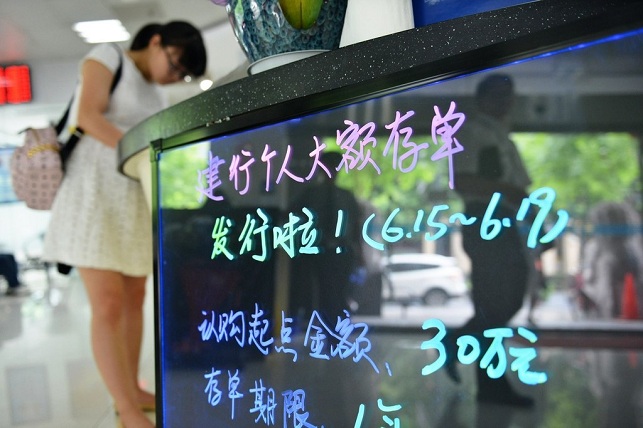 Ever since Aiyagari’s groundbreaking heterogeneous agents model (Aiyagari 1994), saving has been recognized as an important instrument that individuals use to self-insure against idiosyncratic income shocks. Another self-insurance instrument, labor supply, has recently gained attention in the literature. Low (2005) shows that allowing flexibility in the number of hours worked in a standard Aiyagari-type heterogeneous agents model brings the life-cycle profile of working hours and life cycle profile of consumption closer to the data. Allowing flexibility in the number of hours worked in the model allows individuals to increase their work hours to react to income shocks, thereby reducing the cost of uncertainty. Pijoan-Mas (2006) also highlights the self-insurance channel of the labor supply and shows that labor supply is at least as important as savings as instruments to insure against income risk.

A recent IMF Working Paper (He, Ning, and Zhu 2019) empirically and quantitatively studies the roles that savings and labor supply play as self-insurance channels over the life cycle when an individual faces not only idiosyncratic income risks but changes in longevity and pension benefits as well. We choose China as a case study because China’s population has undergone rapid aging and a large-scale pension reform simultaneously over the past two decades. Therefore, China provides an ideal natural experiment to test the impacts of rapid aging and pension reform on savings and the labor supply, both at the household level and at the aggregate level. Figure 1 shows the dramatic increase in conditional survival probability in urban China from 1995 to 2010: the average life expectancy of Chinese people increased from 68.55 years in 1990 to 74.83 years in 2010. The increase of 6.3 years in life expectancy over twenty years is far more significant than that experienced in other major countries. Meanwhile, after two major reforms, the Chinese pension system significantly reduced its benefits from the mid-1990s to the late 2000s, as shown in Figure 2. 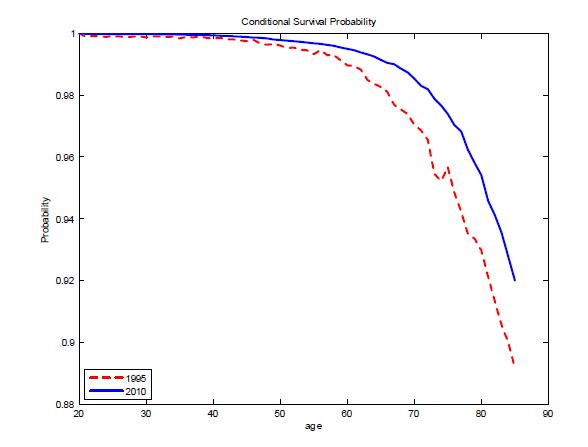 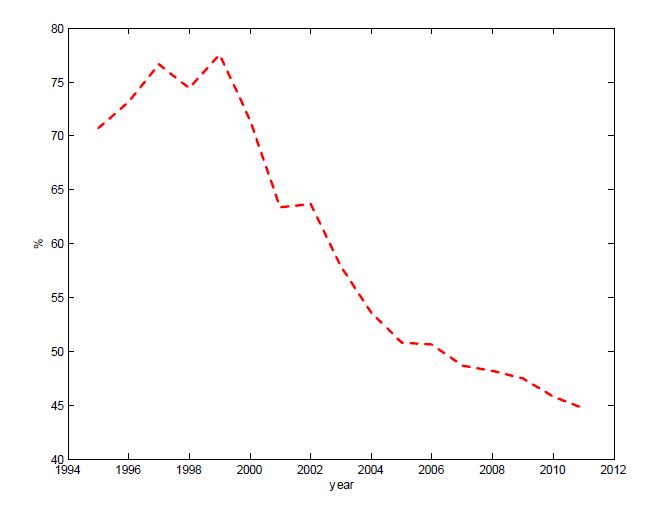 
What was the reaction to those changes? Because they expect to live longer than earlier cohorts but receive lower pension benefits when they retire, urban Chinese households need to prepare for their old age consumption by either increasing savings or working longer hours to accumulate more savings before retirement. Both reactions show up in the micro-level household survey data, as shown in Figures 3 and 4, respectively. He, Ning, and Zhu (2019) conduct a difference-in-differences analysis based on data from the Chinese Household Income Project Survey (CHIPS), using 2005 pension reform as an exogenous change. The results confirm that a pension reform aiming to reduce the replacement ratio could lead to a higher saving rate and longer working hours among households. 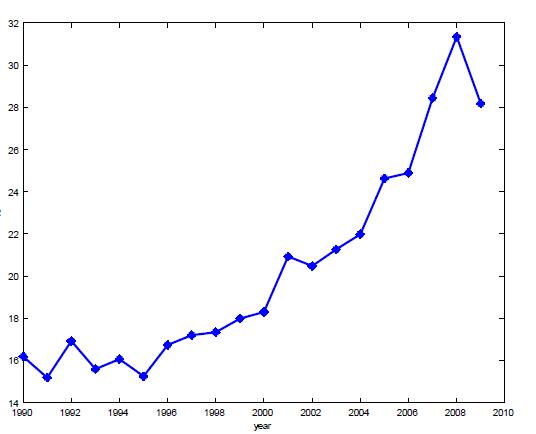 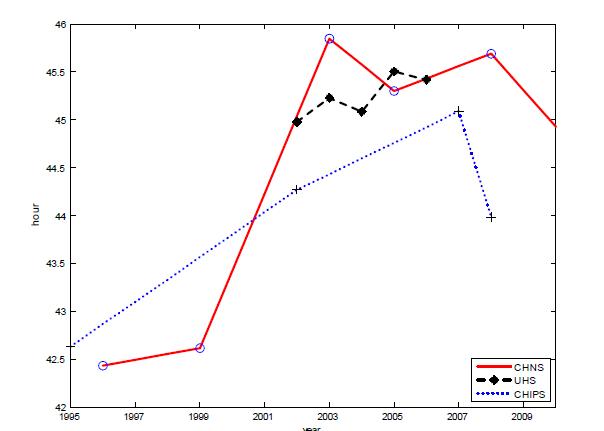 
He, Ning, and Zhu (2019) further provide a connection among the four Figures by setting up a large-scale (70-period) heterogeneous agent overlapping generations general equilibrium model. In the model, an individual faces stochastic income risks up to retirement and faces longevity risks through the whole life cycle. She has to make decisions on consumption, asset holding, and labor supply. The main features of the Chinese pension system are also captured in the model. We calibrate the model to match the Chinese economy before the pension reform and rapid aging occurred by using data from micro-level Chinese household surveys. We then input the exogenous demographic change (as shown in Figure 1) and the policy changes in the pension system (as shown in Figure 2) into the model. We solve the model along a transition path to investigate the short-run impact of the pension reforms and rapid aging on variables of interest for the period 1995–2009.

Our quantitative results show that the rapid aging and the pension reforms together contributed to 55% of the increase in the household saving rate in urban China from 1995 to 2009 (data shown in Figure 3), and they jointly capture about 64% of the drastic increase in the labor supply for the same period (data shown in Figure 4). The exercise shows that the impact of the demographic change and the pension reform on the aggregate household saving rate and labor supply in urban China is quite pronounced.

Looking at the life-cycle, the quantitative exercises indicate that the motive to save more due to concerns about pension reforms increases after age 40 and peaks at age 59, right before retirement age because at this stage, individuals could have more income available to save. However, after retirement at age 60, the increase in the saving rate is mostly driven by the change in household saving behavior as a response to rapid aging because pension benefits are already set, but individuals still face longevity risks. On the other hand, the labor supply response of households also has a life cycle pattern. When households increase labor supply in their 30s, it is mostly in response to longevity risks. After age 40, they work harder mostly due to the concern that pension benefits will be reduced given that working longer hours at later ages contributes more to higher labor income than at earlier ages since the base wage increases with age, and higher labor income would raise pension benefits according to the benefit formula. Overall, households’ savings and labor supply behaviors do respond to aging and pension reforms differently at different stages of their life cycle.

Academics, the public, and policymakers have undertaken a heated debate about the drivers of the high Chinese saving rate (see VoxChina columns on September 13, 2017, September 5, 2018, and April 17, 2019). The study outlined here contributes to this debate by bringing pension reforms to the fore. Looking forward, the findings suggest that the recent effort by the Chinese government to improve social security portability and reduce the urban-rural divide could help reduce households’ precautionary savings undertaken due to the lack of pension coverage and in turn, reduce the national saving rate.

The views expressed in this article are those of the authors and do not necessarily represent the views of the IMF, its Executive Board, or IMF management.